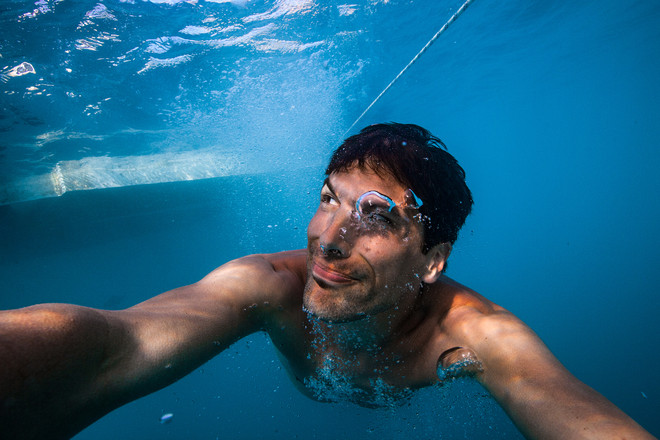 Hi, my name is Daan, i'm a freediving cameraman and photographer. I'm from Den Bosch, a city in the Netherlands, and live in Cornwall in the UK now. I've been freediving since 2004, competed in freediving since 2006, became an instructor in 2009, which is also when i started photographing freedivers and competitions. Slowly that took over - by 2011 i somewhat retired from competitive freediving and since then i've been more involved as a freediving cameraman. I've photographed almost all AIDA freediving world championships since 2012, and have been privileged to document many world records. I'm passionate about all aspects of the sport, from the competitive side to the recreational dives, in any body of water, from pools and streams to deep seas and shallow lakes. If i can dunk my head and camera in it, i probably will.

My work has been published in various outlets. I've filmed for Red Bull, the BBC, ITV, ABC, various documentaries like Religion of Sport and Dolphin Man. My photos have been published in the New York Times, Paris Match, The Guardian, Focus, and lots of other newspapers and magazines.

I've shot a few commercials, and been in a few too, like for Nicorette and for Peugeot. I was the subject of one of Gilette World Sport documentaries.

In my spare time i like to translate my late father Cornelis Verhoeven's work - he was a philosopher, and i'm not, so that presents interesting challenges (i'm way out of my depth there).